21 Savage’s friends, family, fans, and supporters have rallied together for the rapper’s freedom since his arrest on Super Bowl Sunday.

United States Immigration and Customs Enforcement detained the rapper on claims that he was living in America on an expired visa. After a week of fighting, TMZ reports that he finally posted bond and has been released.

21 Savage’s lawyer issued a statement after the rapper’s release from custody.  Charles H. Kuck, Dina LaPolt and Alex Spiro said, “21 Savage asked us to send a special message to his fans and supporters — he says that while he wasn’t present at the Grammy Awards, he was there in spirit and he’s grateful for the support from around the world and he’s more than ever, ready to be with his loved ones and continue making music that brings people together.”

The representative added, “He will not forget this ordeal or any of the other fathers, sons, family members, and faceless people, he was locked up with or that remain unjustly incarcerated across the country. And he asks for your hearts and minds to be with them.”

The rapper’s arrest prevented him from appearing at the 2019 Grammy awards where he was nominated for two awards. He was also expected to take the stage with Post Malone for their song, “rockstar.”

It’s still unclear why 21 Savage was detained for so long but we’re hoping the outcome of his hearing is positive. 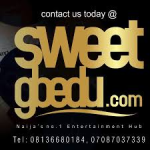 Mon Feb 18 , 2019
#SweeTrend AGI Boss Lil Kesh is back with his first single of 2019 titled Undertaker. This is a follow up to the singer’s criticized previously released single “Logo Benz” featuring his former label, YBNL boss, Olamide. This new single is expected to meet positive remarks from music listeners nationwide, especially […]