On this very jam Primonivibes featured his home boy “Whyza” who also played a vital role to deliver with him “Hennessy” one of Primonivibes latest single a cover to “Mr. P’s” “For my head” single of 2018.

Cop this very vibe, enjoy and don’t forget to share your thoughts below. 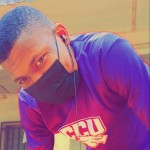